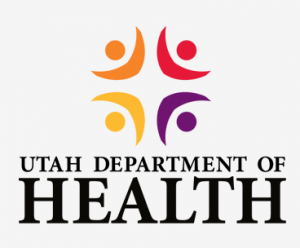 The UDOH requested help from the U.S. Centers for Disease Control and Prevention (CDC) to better understand the factors leading to this increase.

A team of Epidemic Intelligence Service (EIS) officers from the CDC was deployed to Utah to conduct an independent epidemiologic investigation, also known as an Epi-Aid, of this urgent public health problem. The Epi-Aid team worked closely with staff at the UDOH to analyze data from seven major data sources to better determine trends, common precipitating factors for suicide, and risk and protective factors for suicidal behaviors unique to Utah youth.

“None of these data sets could have provided such a comprehensive picture of what is happening alone,” said Michael Friedrichs, epidemiologist with the UDOH. “Our investigation showed that suicide is complex and youth can experience multiple risk and protective factors. No single behavior or risk factor could explain all the reasons for the increase we’ve seen.”

“We continue to see the critical importance of addressing mental health concerns both in relation to suicide deaths and suicidal ideation and attempts,” said Kimberly Myers, suicide prevention coordinator at the Utah Department of Human Services. “Mental health treatment can and does work. Suicide is preventable and we need to continue to promote better access to care for those struggling with suicidal thoughts.”

Those experiencing suicidal thoughts can reach out for free, confidential help 24/7 by calling the National Suicide Prevention Lifeline at 1-800-273-8255 or visiting suicidepreventionlifeline.org.  The SafeUT Crisis Text & Tip Line app is also available for download. Suicide prevention resources for LGBTQ youth are available at https://www.thetrevorproject.org.

In addition to mental health concerns, family relationship problems, other forms of violence such as bullying at school and electronic bullying, substance use, and psychological distress were common risk factors in youth suicides. However, supportive family, community, and peer environments were protective against suicidal ideation and suicide attempts.

“Families, schools, neighborhoods, and communities at large must become safeguards against suicidal thoughts for youth,” said Cathy Davis, suicide prevention coordinator with the Utah State Board of Education. “Including youth in decisions that affect them, setting clear expectations and rules, ensuring youth are able to ask for and receive help when needed, giving them opportunities to participate in extracurricular activities, and providing a safe place where youth live, learn, and play can all help prevent suicides.”

Additional findings showed that among those youth who died by suicide:

The Epi-Aid team also compared the three most commonly implemented suicide prevention programs in Utah schools – QPR, Hope Squads, and Hope for Tomorrow – to national recommendations for suicide prevention. None of the three programs have been rigorously evaluated for effects on suicidal behavior, although findings from less rigorous evaluation show some preliminary positive results.

The CDC made the following recommendations based on these findings:

Suicide is a complex behavior with multiple risk and protective factors. “No one prevention strategy will work to prevent all suicides. However, implementing comprehensive, coordinated prevention programs will be effective and likely reduce suicidal behaviors among Utah youth,” said Myers.

One thought on “Youth suicides in Utah increase by 141.3 percent”