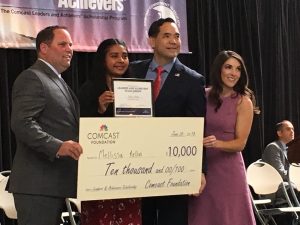 Mellissa Mellin, a 2018 Park City High graduate, was awarded a $10,000 scholarship at the Comcast Leaders and Achievers Scholarship Luncheon held at the Capitol Rotunda today, June 20.

Mellin was one of 34 students recognized for her academic achievements, demonstrated leadership, and commitment to community service. She has been accepted to Westminster College where she plans t0 study political science.

Scholarships were awarded by the Comcast Foundation and ranged from $1,000 to $10,000. Mellin was the only student to receive the $10,000 award. This year she served as co-president of Latinos in Action at PCHS. Her two sisters attended the luncheon with her as well as PCHS Interim Principal Kathleen Einhorn.

The Comcast Leaders and Achievers Scholarship Program is a nomination-based award, and one student per school is nominated by their principal or guidance counselor. 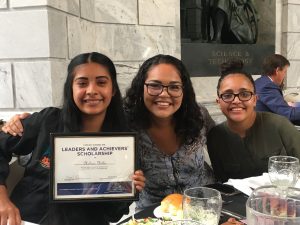