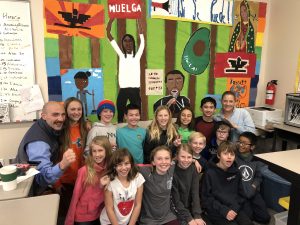 Fifth-grade dual-immersion students in Joe Dvorak’s Spanish class at McPolin Elementary have been studying the human rights and farmworkers’ movements the past few months. As part of their study, they created a class mural.

The students painted the mural of Dolores Huerta and Cesar Chavez, American labor leaders and civil rights activists who co-founded of the National Farmworkers Association, which later became the United Farm Workers. 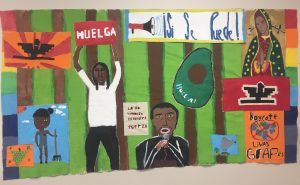 Thanks to the generosity of parent volunteer Nikki Keye, the students spent the past month creating the artwork. Keye has an extensive background and degree in art. She visited the class every week teaching the students how to make the various components of the mural. 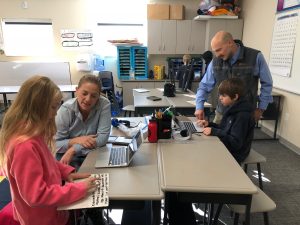 This week, students produced a google drawing with links to videos explaining their contributions to the mural. See the mural and learn more from the students here.