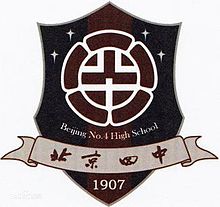 Park City High School’s China Exchange program has existed for more than 25 years and is the longest standing high school student exchange for both the U.S. and China. Shirley Smith and Val Chin, both long-time Park City residents, initially established the program.

The high school’s sister school—Beijing #4 High School—one of the top high schools in China, hosts PCHS student ambassadors in China for two and a half weeks every other fall.  “Our students are greeted by their Chinese exchange counterpart and spend about a week in Beijing, including some of that time living in their counterpart’s home,” said David Knell, a Mandarin Chinese teacher at PCHS. “The group also travels around China before returning home.”

The Chinese student counterparts arrived today, Jan. 31, in Park City. They were introduced during a packed school welcome assembly. “Ten PCHS students reciprocate by hosting their Chinese counterpart in their homes,” Knell said. “They will spend time at PCHS, ski at Park City Mountain Resort a few days, usually attend a Utah Jazz game, and visit a number of local sites.  They will also  travel to Moab with the PCHS students before heading back to China with a short stop on the west coast.”

Knell said many of the students who have been part of the exchange program maintain friendships with their exchange group and their Chinese counterpart for years to come.