The District’s top priority is safety of all students and staff. During the winter months, schools in Park City School District will remain open, if at all possible, on all scheduled school days. Even when weather conditions are severe, every effort will be made to keep schools open in the belief that it is in the best interest of the students.

The decision to close school, delay start time, or release students and staff early can only be made by the superintendent; this includes cancellation of any elementary after-school programs. When schools close early due to weather, all evening activities will be cancelled, with the exception of high school athletics and activities, which will be determined by the superintendent and athletic director. Sometimes there are exceptions to this rule; and we will notify you of these situations as they arise.

By policy, head secretaries and 12-month employees, which includes principals and assistant principals, are expected to report to work as soon as it is safe to do so. This expectation is based upon the issue that we may have families who do not receive notification and may come to the schools.

The District recognizes the rights of parents to make decisions that are best for their children. Therefore, the option to keep children home when weather conditions are severe is always at the parents’ discretion and the school respects the decision. An excused absence is given if the parents make the decision for their student(s) to remain home.

The following information outlines the communication procedures that will be followed if such school closures or early dismissals become necessary.

The district team begins monitoring weather as early as 4:30 AM by monitoring UDOT road condition reports,  the National Weather Service weather conditions and patterns, and in consultation with city and county transportation officials. An additional issue is that we are dependent upon on how fast the the city and county can clear the roads.

Parents and employees will be notified (via text, email or phone call) no later than 6:15 a.m. when school has been cancelled. Parents are encouraged to keep their emergency contact information updated via PowerSchool.

Closure information can be found on the district website at pcschools.us

No announcement means normal operation; schools are open, and parents will not be notified.

Parents are encouraged to establish an emergency plan for their children in the event that schools are closed, or are dismissed early. Parents should instruct their children where to go or what to do if a parent is not at home. We encourage parents to have a written plan and to also share that plan with a trusted neighbor or friend to help in times of school closures.

Closures Are For One Day Only

All announcements are for one day only.

Per District Policy 5000, any full day of school missed due to weather conditions will be made up at a later date, as published on the district calendar.

The next districtwide lockout drill is scheduled for Thursday, Feb. 1, at approximately 8:50 a.m.

The district recently retained the services of the Tresit Group based in Logan, Utah. Tresit recommends effective and innovative security solutions for schools. Cole Smith from the Tresit Group will be at Park City School District Feb. 1 and critically analyze the safety protocols followed, particularly during the passing period between Treasure Mountain Junior High and Park City High School.

Smith is also helping the district develop the protocol for the modular safety and will be training administrators and staff on the protocol. He is  also reviewing the district’s visitor management and emergency response system, the front office vestibule designs, and proposed fencing at elementary schools.

“He has been extremely impressed with the trauma informed, resilience-focused practices the district has in place to prevent tragic situations on the front end,” said Superintendent Ember Conley.

Parents are asked to review the following reminders prior to Thursday’s lockout drill:

– Do NOT call schools or the district office. External phone calls will not be answered. Staff are assisting students.

– Parents, do NOT go to the schools. Please stay away from the area to allow law enforcement to handle the situation.

– Watch for a text from PCSD Chat alerting you when law enforcement has lifted the lockout.

– The Emergency Update section of the Newsroom will be updated throughout the drill as information becomes available. 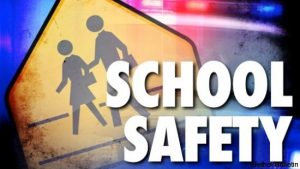 In an effort to keep parents informed about safety and security updates in our schools, here are some important things Park City School District is doing:

December Drill: A lockout drill was held Dec. 15 in all district schools. The purpose of the drill was to practice our safety procedures, test our updated emergency texting system, and to determine additional measures that need to be examined. Following the drill we conducted a debrief with each school and learned what areas we can improve upon.

Student Responsibility: Please remind your students that when they “see something, say something.” They can report incidents to you or any adult at the school. Students should be reminded to text parents they are OK and safe when we are in a lockout or lockdown situation. District officials will share more detailed information with parents as soon as possible.

Emergency Communications: We tested the new updates to our PCSD Chat system during the December drill. We can now text more than 5,200 parents and staff in less than 20 minutes, in both English and Spanish. The text contains a link directing you to the Emergency Update section ofthe district’s Newsroom.

Emergency Procedures:  All classrooms and public areas throughout the district now display a copy of the Standard Response Protocol procedures. A pocket-size version is available, in both English and Spanish, in the main office of each school.

Policies Reviewed: The district is reviewing all policies and procedures related to safety and security.

Hardware Updates: All intercoms in schools have been checked and repaired so an all-call can be heard by everyone in our buildings. We are increasing technology in some parts of the high school to allow for better Internet service.

New App Piloted: During our last drill, Park City High School faculty tested “Loop,” a new app created by Loop Communications based in Park City. The app is designed for group messages and allows communications between the administration and staff.

Elementary School Front Offices Update: Thank you for your patience as we upgrade the front offices in our elementary schools. We had planned to have the front office remodels completed during Winter Break, but there has been a delay in some of the materials. We anticipate those offices completed by the end of January. Once they are finished we will begin remodeling and updating the secondary school front offices.

Safety Consultant: At the request of the Board of Education, the district is retaining a safety consultant to review all the district’s safety measures.

Next Drill:  Our next safety drill is Thursday, Feb. 1. We plan to hold districtwide drills each month.

Thank you for your support as we continue to work at improving our emergency and safety procedures with students and staff.

With snow falling in Park City this weekend,  here is an explanation of Park City School District’s school closure procedures. Parents and staff should become familiar with the guidelines and are encouraged to review them at the start of each winter.

The decision to close school, delay start time, or release students and staff early can only be called by the superintendent to reduce confusion between schools and programs; this includes cancellation of any elementary after school programs.

When school closes early due to weather, all evening activities will be cancelled, with the exception of high school athletics and activities, which will be determined by the superintendent and athletic director. Sometimes there are exceptions to this rule; and we will notify you of these situations as they arise.

By policy, head secretaries and 12-month employees, which includes principals and assistant principals, are expected to report to work as soon as it is safe to do so.  This expectation is based upon the issue that we typically have families who do not receive notification and may show up to school.  We are NOT obligated to keep students, but need to contact parents or an emergency contact to get them home safely.

The decision to close school for the day or release early is one that is made with much thought and consideration. The administration takes into account many different factors including the safety and well being of our students and staff. We look at the weather conditions, precipitation and temperature, based on information gathered from the National Weather Service (NWS), local road conditions provided by UDOT and discussion with the city and county transportation officials.

In the event that inclement or extreme weather warrants school closing, delay start or an early release, the following will occur:

Cancellation/Early Release of School: Parents will be notified as early in the morning as possible, often by 6:00 a.m., through the use of PCSD Chat and the local news media.

Early release from school will be determined as early in the day as possible based on information gathered from The National Weather Service.

Closings and Early Releases will be posted on the following media outlets:

In the case of a two-hour delayed start, morning preschool would be cancelled; afternoon preschool would be held.  Staff would be expected to be on time and ready to work.  As for food service, breakfast would NOT be served, but lunch would be provided.

This is the process going forward:

For a snow day where school is canceled, 12-month employees are required to report to work as soon as it is safe to do so.

For an early release, the decision to close school or release early due to the weather is made by the superintendent in consultation with the administrative team, and UDOT. The safety and well being of our students and staff is at the forefront of the decision. All staff are required to remain at their work location until all students have been picked up or until released by the superintendent.

For a late start where the start of school is delayed by an hour or two, employees would come in at the later time — so a two hour delay, employees come in two hours later.

In the case of a two-hour delay, morning preschool would be cancelled; afternoon preschool would be held.  Staff would be expected to be on time and ready.  As for food service, breakfast would NOT be served, but lunch would be provided.In most cases employees will be working their normal duties once they arrive at their work locations, although they may be asked to help out at schools with other duties if needed. 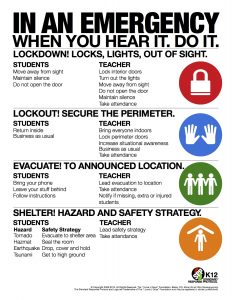